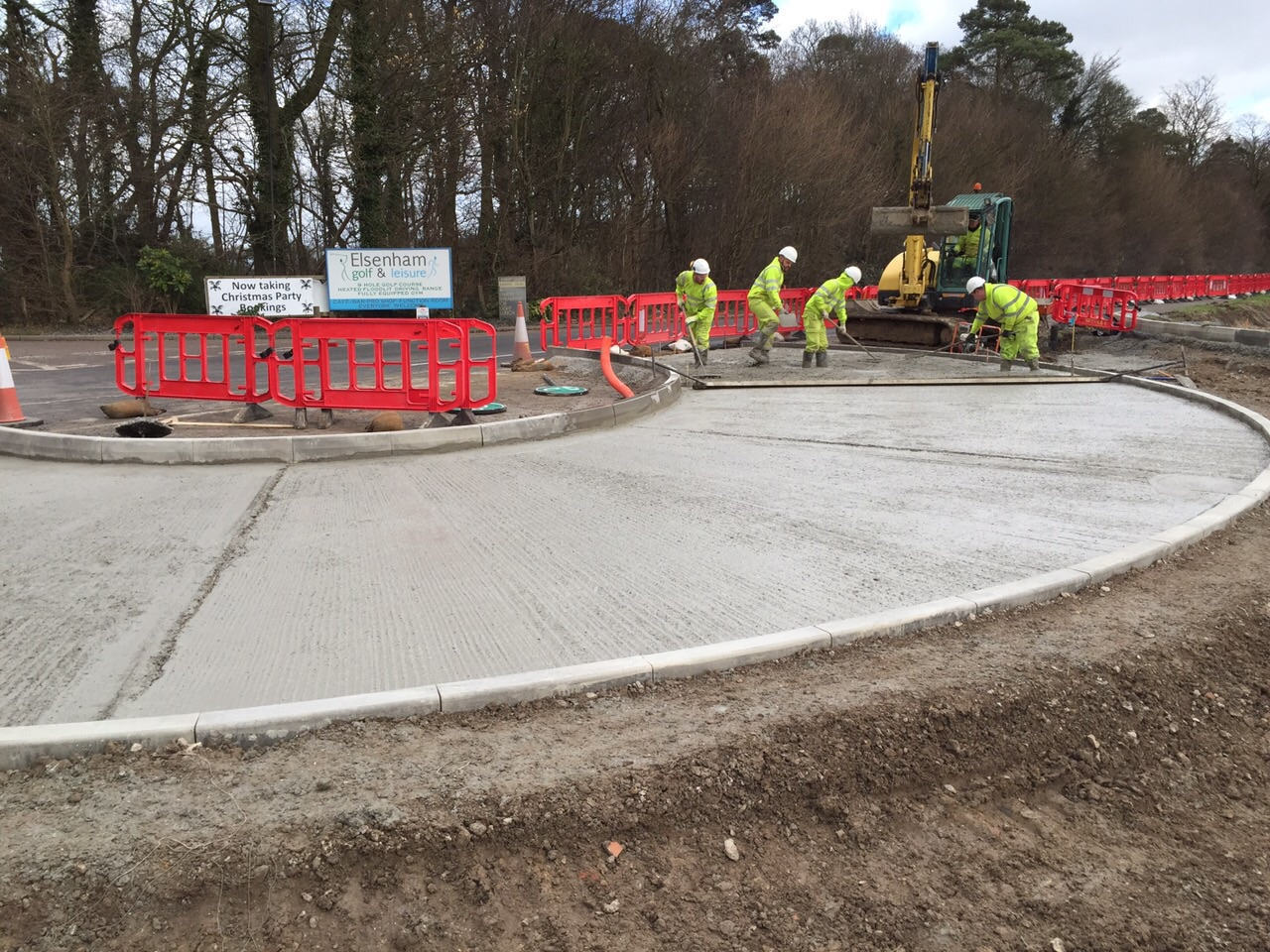 These S278 Highways works were based by Stansted Airport for a new commercial development. The section 278 works in Essex consisted of the construction of a new roundabout and access road.

The new S278 Roundabout/Carriageway was set out in accordance with the setting out drawings. Traffic management was be installed by competent operatives in compliance with the NRSWA. Excavation up to edge of the existing highway was carried out using a 13 tonne excavator. Upon reaching the formation level CBR testing was carried by a UCAS accredited testing company as per the contract for the section 278 works.

A capping layer was spread and compact using a twin drum roller to give a good hard stand up to the existing carriageway edge. A pneumatic breaker attached to the 13 tonne excavator was used to break out the existing road surface. Excavation within the existing carriageway proceeded to the specified formation level.A Type 1 blinding layer was spread and compacted to protect the formation level at the end of each shift for good practice as a competent civil engineering contractor.

The perimeter of the run over area was formed using shuttering ply and 6×2 timber struts. A layer of separating membrane was laid over the MOT type 1 prior to receiving the mesh reinforcement. 3 Layers of A393 mesh were placed within the shuttering on the membrane and spaced accordingly. RC 32/40 concrete was transported to site on ready mixed concrete lorries and placed in the shutter. On completion of the RC slab the roundabout kerbing commenced. BN3 kerbs on the outer edge of the slab and HB2 kerbs at the top of the roundabout will be laid around the perimeter.

On completion of the roundabout kerbing the block paving was laid to line and level on a sand bed to create the chevron detail on the roundabout in accordance with the accepted drawings. This completed the section 278 works for this highway project.