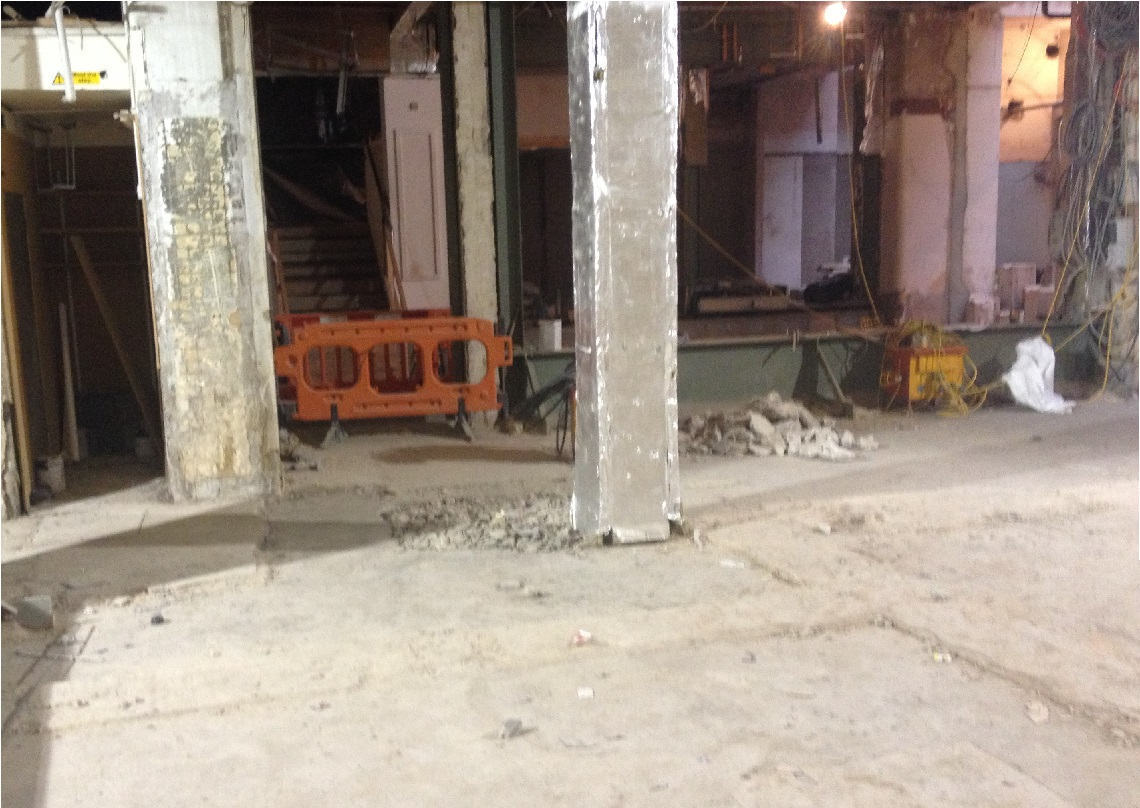 Crossrail is the largest civil engineering project underway in Europe, and is prestigious to be involved with. SB Civils have completed many works on the Crossrail project. This particular project involved the breakout of a subterranean basement to enable works for the new station at London Liverpool Street.

Prior to any concrete breakout the dust extraction system were in place. The extraction fans were set up evenly throughout the basement area. The extraction ducting was laid along the floor of the basement and taken up through the sky light where it was fixed at the highest point possible to aid in not polluting the air at street level. Continuous monitoring of the basement ventilation was carried out whilst work was in progress.

The Brokk 180 is a remote controlled robotic concrete breaking machine powered uses a 110v 32 amp electric supply. The Brokk 180 was situated within the basement. The Brokk was used to break out large areas of the concrete floor slab into manageable sized pieces, an electric hand held breaker was used to carry out all works close to the walls and foundation. Breaking out was only be carried out at night, as instructed by BBMV.